The Lamborghini Miura is a sports car produced by Italian automaker Lamborghini between 1966 and 1973. The car was the first supercar with a rear mid-engined two-seat layout, although the concept was first seen in a production road car with René Bonnet’s Matra Djet, introduced in 1964. This layout has since become the standard for high-performance sports and supercars. When released, it was the fastest production road car.

The Miura was originally conceived by Lamborghini’s engineering team, which designed the car in its spare time against the wishes of company founder Ferruccio Lamborghini, who preferred powerful yet sedate grand touring cars over the race car-derived machines produced by local rival Ferrari.

The Miura’s rolling chassis was presented at the 1965 Turin Auto Show, and the prototype P400 debuted at the 1966 Geneva Motor Show. It received stellar receptions from showgoers and the motoring press alike, each impressed by Marcello Gandini’s sleek styling and the car’s revolutionary mid-engine design.

Lamborghini’s flagship, the Miura received periodic updates and remained in production until 1973. A year later the extreme Countach entered the company’s lineup, amid tumultuous financial times for the company.

The last and most famous Miura, the P400SV or Miura SV was presented in 1971. It featured different cam timing and altered 4X3-barrel Weber carburetors. These gave the engine an additional 15 PS (11 kW), to 385 PS (283 kW; 380 hp) at 7,850 rpm and a maximum torque of 400 N⋅m (295 lb⋅ft) at 5,750 rpm. The last 96 SV engines had a split sump. The gearbox now had its lubrication system separate from the engine, which allowed the use of the appropriate types of oil for the gearbox and the engine. This also alleviated concerns that metal shavings from the gearbox could travel into the engine with disastrous and expensive results, and made the application of an optional limited-slip differential far easier. The SV can be distinguished from its predecessors by its lack of “eyelashes” around the headlamps, wider rear fenders to accommodate the new 9-inch-wide (230 mm) rear wheels and Pirelli Cinturato tires 215/70R15 CN12 & 255/60R15 CN12, and different taillights. A total of 150 SVs were produced. 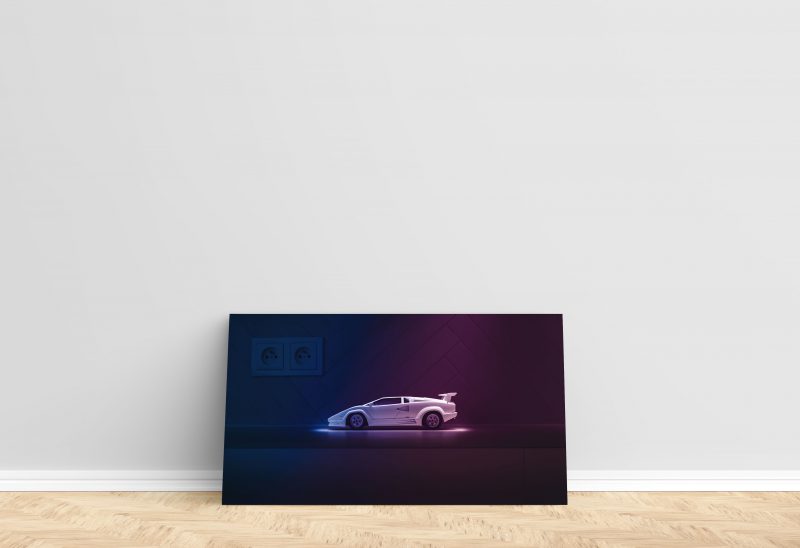