Stunning dibond print of a miniature legendary Lamborghini Countach 25th Anniversary Edition, as seen in The Wolf of Wall Street.

The Lamborghini Countach (/ˈkuːntɑːʃ/) is a rear mid-engine, rear-wheel-drive sports car produced by the Italian automobile manufacturer Lamborghini from 1974 to 1990. It is one of the many exotic designs developed by Italian design house Bertone, which pioneered and popularized the sharply angled “Italian Wedge” shape.

The style was introduced to the public in 1970 as the Lancia Stratos Zero concept car. The first showing of the Countach prototype was at the 1971 Geneva Motor Show, as the Lamborghini LP500 concept.

Named to honour the company’s twenty-fifth anniversary in 1988, the 25th Anniversary Countach, although mechanically very similar to the 5000QV, sported considerable restyling done by Horacio Pagani. Notably, enlargement and extension of the rear ‘air-box’ intake-ducts was among other refinements undertaken (extending them to a more gradual incline further in-keeping with aerodynamic-streamlining), while the secondary pair of debossed ducts, originally situated further behind them, were brought forward and relocated directly on top, encompassing refashioned fins now running longitudinally rather than transversely, this allowed the airboxes, located behind the radiators to be rotated from a transverse to a longitudinal position, allowing better airflow from the radiators out through the secondary fins. Additionally, further reconstruction of an already modified engine-bay cover, from a concept consisting of dual-raised sections and tri-ducting, to one that embodies a centre-raised section incorporating dual-ducting become another feature. Various redevelopments to the rear were made; most notably the introduction of a rear bumper extending outwardly from the lower-portion.

These styling changes, particularly features such as the fin strakes within the primary rear-intake-ducts openings, appeared to mimic the Ferrari Testarossa, though providing crucial improved engine cooling. Nonetheless it was only outsold by the QV model. It continued to feature 345/35R15 tyres. The Anniversary edition was produced up until 1990 before being superseded by the Lamborghini Diablo.

The 25th Anniversary Edition was the most refined and possibly the fastest variant of the Lamborghini Countach, accelerating from 0–97 km/h (0–60 mph) in 4.7 seconds and achieving a top speed of 295 km/h (183 mph). 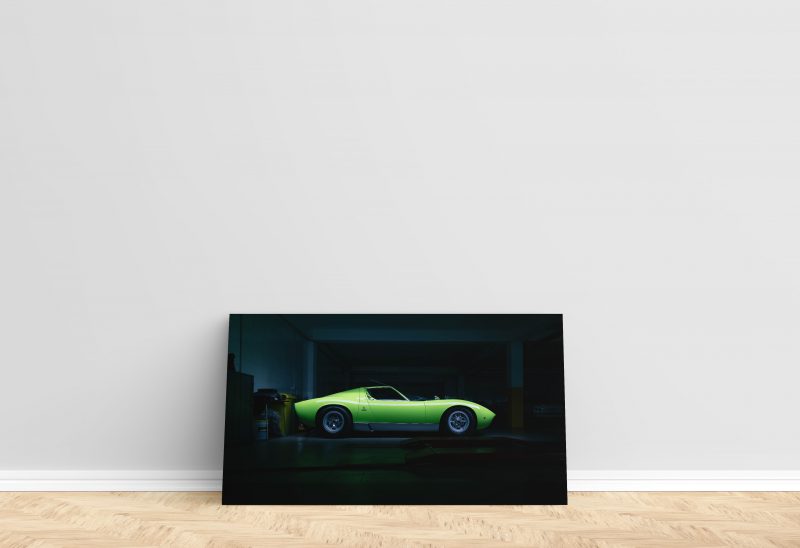