While the GT R retains the key mechanical differences the GT C gains over the GT S, it also gains manually adjustable coilover springs (in conjunction with the AMG Ride Control suspension of the base models), an active underbody fairing, a manually adjustable rear wing, and a 9-mode AMG Traction Control system. As befitting of a high-performance variant, the GT R loses Keyless-Go, the integrated garage-door opener, the heated and power-folding side mirrors, the auto-dimming interior and exterior mirrors and reverts to the basic light-weight 4-speaker audio system that the GT comes with.

When it was launched, the GT R had several cosmetic changes compared with the standard car, notably the vertical slats in the front grille, an adjustable rear wing, new front air intakes and new front and rear diffusers. The styling of the GT R is more comparable to that of the AMG GT3 race car. However, the base GT variant gained several of these cosmetic changes as part of a mild facelift in the 2017 model year. The GT R went on sale in November 2016, with deliveries beginning in 2017. For the 2018 Formula One World Championship, the GT R became the official Formula 1 safety car. During the 2020 Tuscan Grand Prix, the Safety Car ran a red livery rather than the traditional silver to commemorate Scuderia Ferrari’s 1,000th Grand Prix start. For the 2021 F1 season, the GT R Safety Car permanently wears a red livery (along with the Mercedes F1 Team’s sponsor CrowdStrike) rather than the traditional silver to increase the chances of drivers seeing the Safety Car in poor visibility. It will also share the role with the Aston Martin Vantage.

It completed a lap of the Nürburgring Nordschleife track in 7:10.92, in a test conducted by German magazine Sport Auto. This earned it the seventh position for street legal vehicles in 2019.

A roadster version was introduced in March 2019 and would be limited to 750 units. 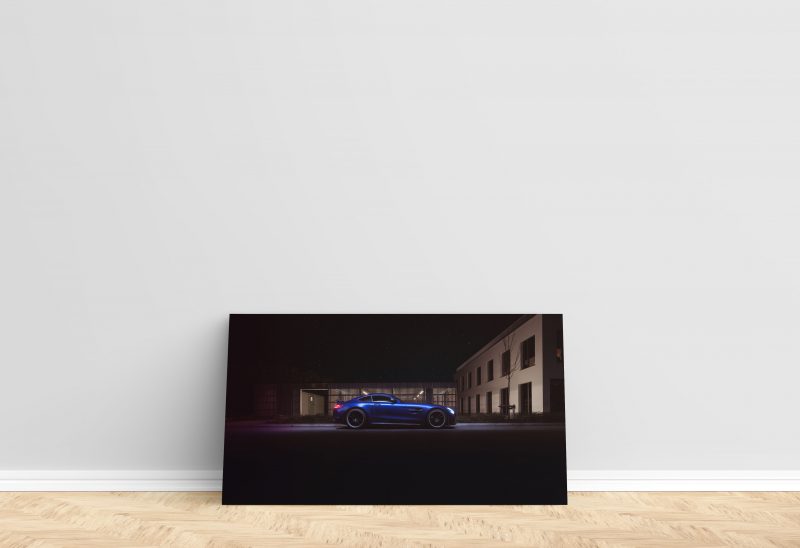